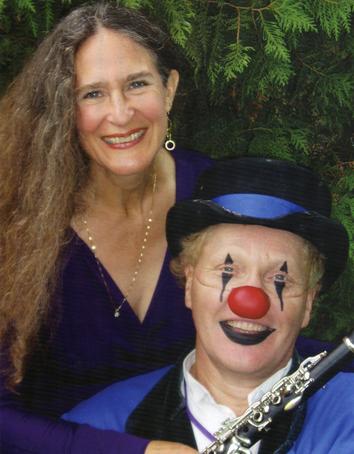 Am. Diabetes Assoc. - Fort Wayne, IN

"Hatter ... combines Marcel Marceau's grace with Gallagher's whacked out physicality. He gets laughs because he's funny ... Marcianne, accompanies him on the clarinet' punctuating his every gesture." - COLORADO SPRINGS GAZETTE TELEGRAPH

"Audience involvement is a key to success and you do a great job of involving people ..." - CENEX/LAND O LAKES

"...very entertaining. You made our party a great success." - HYVEE FOODS

"T.C. Hatter & Marcianne painted a comedic masterpiece ... one of the funniest things to take place in a Denver club for a long time." - THE DENVER POST

"Hatter has a face of Silly Putty and an imagination to match.  His interplay with his helpers was priceless. Hatter is enormous fun." - MPLS STAR TRIBUNE